What is the risk of Human Trafficking taking place in Guernsey?

We do not know the nature and extent of slavery and trafficking in Guernsey, or if indeed, if it exists at all - up until now no one has tried to winnow out what is, in most countries, a hidden crime. A UK Home Office report estimates that there are twelve to thirteen thousand people enslaved in the UK - roughly 0.0002% of the population. If Guernsey mirrored this estimate, this would be the equivalent of twelve or thirteen people. Of course, Guernsey does not mirror the UK exactly: arguably it is more homogenous, has different economic pressures, and has lower flows of immigration and emigration. There have been cases before the Guernsey Courts where employers are prosecuted for employing people illegally, and there has been a recent prosecution of an employer fined for failing to apply for the right legal documentation for his employees. So far this year, both Jersey and Guernsey police have noticed the likely movement of Romanian women being brought in and out of the islands for purposes of commercial sexual exploitation. We have spoken to a number of professionals including the CAB, Police and Latvian Counsel and as a result we have identified a number of risk areas. Commercial Sexual Exploitation One issue the Police, both in the UK and the Channel Islands, are concerned with is the recent development of so called "pop-up" brothels. This term refers to hotel rooms that are booked through websites such as Expedia or Booking.com where women in commercial sexual exploitation meet their clients at a set time/place. These women are often driven there by men who then take them to the next premises as arranged. These organisers use the internet site AdultWork in particular to enable their clients to make the appointments. AdultWork operates from the Turkish Republic of Northern Cyprus (previously it operated from the Isle of Man and Gibraltar).

On this website clients can choose their location and there follows a "menu" of women and services. There is also an opportunity for the client to give a feedback score. The potential victims of trafficking can mostly be identified by their ‘0’ (zero) scores as they tend not to be allowed to stay in any one place long enough to secure a score. The organisers will also change their "tag-names" in order to make it more difficult for the authorities to trace them. That said, there are investigative techniques to identify and trace the women, even in such circumstances. The traffickers who facilitate their appointments normally take a cut of about 51%. The organisers may not necessarily be in the UK and they will get "friends" or others to drive around the women in commercial sexual exploitation.

The organisers may be doing the booking via the internet from anywhere in the world. The women, assuming they are allowed to keep their share, will without doubt earn more money even at 49%, than they would in their home country. At the same time, they are frequently forced into this work through threats against their families and other coercion after first being promised work as a waitress or shop worker.

So far this year Jersey and Guernsey Police have noticed the likely movement of Romanian women who may be potential victims of trafficking. That there is an accepted concern regarding grooming and sexual exploitation of young people on Guernsey, is reflected in the charity ‘the Hub’ (part of Barnardos) employing a child sexual exploitation worker. She currently has a significant caseload of vulnerable young people. If those young people were to be transported from one venue to another on the island and ‘sold’ for purposes of commercial sexual exploitation, this would clearly be a form of trafficking and would entail high penalties in the UK under the Modern Slavery Act (2015).

Another ‘at risk’ population are those who are on short-term open-market housing licenses (or ‘guestworkers’). The 2015 Census records 823 such licenses. The Housing authority informed us that there are approximately 1000 people living in multiple occupancy houses on short-term licenses. There are plenty of examples of where the guest-worker system works well. But when things go wrong, guest-workers are afforded few protections, often have limited knowledge as to what rights they do have, are often reluctant to complain for fear of being seen as a trouble maker, and they may struggle to find help, as they have limited language skills and may not know where they can go for help. The Police are aware that seasonal workers from Eastern Europe in particular may rely traffickers to pay for their flights over to the Channel Islands and secure some work for them when they get here, and who then may fall under the servitude of others as a result. This is a dominant theme in the area of short-term labour supply for agriculture or the service industry. Guernsey Citizen’s Advice Bureau report that they advised 51 non-native workers during 2016 who experienced problems with their landlord and/or employer. These problems with employers included “unauthorised deductions from wages, withholding passport and a refusal to issue a contract of employment. Some have been charged for the cost of their travel to the Island or for the cost of their housing licence, particularly if the client wants to leave their employment because they are unhappy.” The types of problems with accommodation included “a lack of repairs or bad housing conditions, disputes over leases that were not issued, not adhered to or were terminated without reasonable cause. Examples include the rent being double without notice and apparent collusion between employers and landlords to force clients to accept changes or risk losing their housing licence”. The Honorary Consul, Lilita Kruze, has recorded that between July 2015 and December 2016, twenty Latvian people approached her for a range of problems including not being issued with a contract of employment, right to work documents, tenancy agreements, working very long and very hard hours (especially those working in the agricultural and cleaning sectors) (one of those complainants had no written contract of employment), not being paid in full, having a passport with-held, and one person who was forced to have sex with her employer. We are also concerned that there might be situations involving ‘mail-order’ brides, possibly arriving as a domestic worker brought into the island as a member of an open market license holder’s household. Migrant Reception Centres in Brittany and Normandy Finally with some migrant reception centres on the coasts of Brittany and Normandy scheduled to close in April 2017 there is likely to be an increase in people seeking to reach the islands by boat. There are already contingency plans to deal with any rescue of migrant boats that might reach Bailiwick of Guernsey waters. Survivors may have complex medical needs and it may not be possible to dispatch them within a day or two to the UK or to France. Some may require hospitalization and all will require humanitarian assistance. There may be instances of trafficking and slavery occurring within this vulnerable population. Whilst we will touch on this issue in the workshop, the lead for the emergency humanitarian response, and addressing any longer term needs, would fall under the remit of the States department tasked with planning for emergencies. 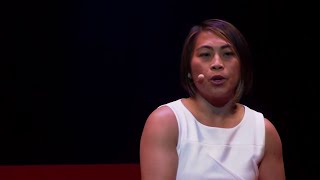 Who's shame is it anyway? 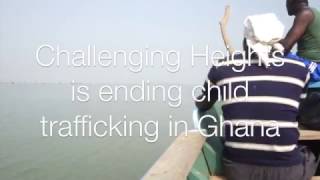 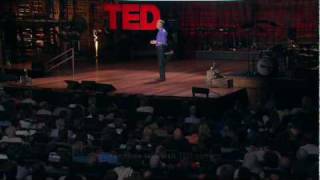 What is the risk of Human Trafficking taking place in Guernsey? 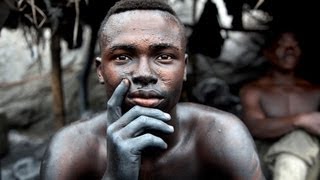